Air Canada Vacations has been a trusted brand in the travel market for over 35 years and has been a longstanding favourite among Canadian consumers.

Transfer to your hotel and check in, then head out and get started exploring Athens, Greece’s capital city and home to fascinating archaeological sites, history and art.

This morning, head out on a half-day sightseeing tour to observe the striking contrasts that make Athens such an intriguing city.

Follow your expert guides for a quick stop at the Panathenaic Stadium where the first modern Olympic Games were held in 1896. Continue on to see the Temple of the Olympian Zeus, Hadrian’s Arch, the Parliament, the Monument of the Unknown Soldier, the Academy, the University, the National Library, the Constitution Square (Syntagma). At the Acropolis, visit the architectural masterpieces of the Golden Age of Athens: The Propylaea, the Temple of Athena Nike, the Erechtheion and finally “the harmony between material and spirit”, the monument that “puts order in the mind”, the Parthenon. Continue to another must-see in Athens, the place where finally the statues found their home and admire the wonders of the classical era: The New Acropolis Museum, voted by the Sunday Times as the 3rd best museum of the world.

Spend a full day exploring Athens at your own pace. Visit the Plaka, the oldest district in Athens, or enjoy shopping on Ermou, Kolonaki and Voukourestiou streets.

Head to Olympia today. Along your route, stop at the Corinth Canal, then continue to Epidaurus with its fourth-century-BC theatre. Next, stop at Nafplio, a modern seaside resort and old town. The last stop of the day is the archeological site of Mycenae, the city "rich in gold" of the ancient poets. Continue to Olympia for the night.

After breakfast, visit ancient Olympia, birthplace of the Ancient Olympic Games. Visit the Sanctuary of Olympian Zeus and the Archaeological Museum of Olympia ($). Next, head towards Delphi, passing through Nafpaktos and Itea on the way. Upon arrival in Delphi, enjoy dinner at your hotel.

Today, enjoy a guided tour of mystical Delphi. Located on the slopes of Mount Parnassus, Delphi is home to the Sanctuary of Apollo Pythios. You'll also visit the Treasury of the Athenians and the Delphi Museum. After your tour, depart for Kalambaka, nestled at the foot of the Meteora Monasteries.

Visit the breathtaking monasteries of Meteora. Perched on huge granite rocks, the monasteries seem to be suspended between earth and sky, providing a magnificent view. Each monastery contains priceless historical and religious treasures. Next, travel towards Athens via Trikala, Lamia and Thermopylae where a stop will be made to visit the memorial of Leonidas and the brave 300 Spartans. Return to Athens for the night.

After breakfast, transfer to the airport and board your flight home. 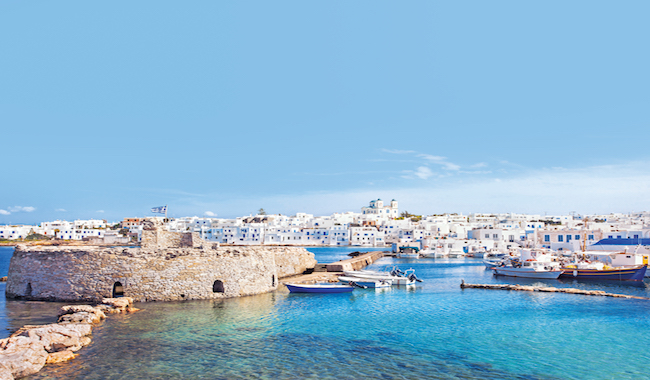 Other Top Tours in Greece:

Only applicable to new bookings of select tours in Europe made between August 10 and October 31, 2020, for departures between April 1 and September 30, 2021. Subject to availability at time of booking. Not applicable to group bookings. Offers expire at 11:59 p.m. ET on the date indicated. Flights operated by Air Canada or Air Canada Rouge. For applicable terms and conditions, visit contact your travel advisor.1Free CareFlex must be selected at the time of booking. CareFlex plan can be used year-round except during the blackout period from December 19 to January 5. For the plan's full terms & conditions, contact your travel advisor. ®Aeroplan and the Aeroplan logo are registered trademarks of Aeroplan Inc. ®Air Canada Vacations is a registered trademark of Air Canada, used under license by Touram Limited Partnership.

Enquire for the offer now!

FacebookTwitterEmail
* This offer is subject to availability and can be withdrawn or varied without notice.